Welcome to The Black Swan hotel, Ravenstonedale, owned and run by Louise Dinnes,
the Dinnes family and their fantastic team for 16 years.

We are very lucky to be situated at the convergence of 3 stunning northern counties and the hotel itself is located in both The Yorkshire Dales National Park and also Cumbria. This allows for easy access to explore The Lake District, The Yorkshire dales and stunning dales of County Durham. Alternatively, being just 10 minutes from the M6 and the A66 we are also the perfect stop off point for those long journeys.

Relax in our idyllic riverside garden with resident red squirrels, have a bite to eat at our award winning restaurant or cosy bar, take a walk around the beautiful village with Gilbertite monastic ruins or, enjoy golf and tennis in the village courses. We look forward to welcoming you to the beautiful Eden Valley.

We Always Have A Warm Welcome Waiting 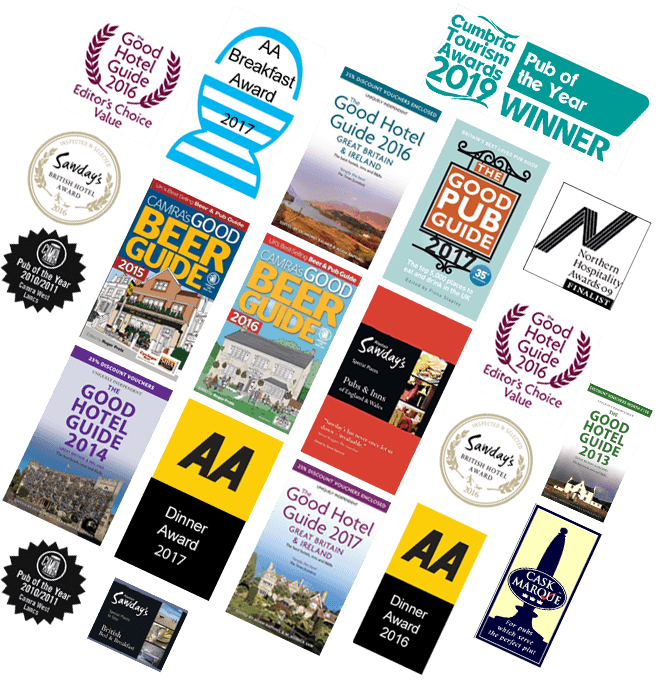 We have been recognised for our achievements over the years from well respected national publications / organisations including Sawdays, Good Hotel Guide, Good Pub Guide, Michelin, the AA, the National Press and many more.

We are proud to have received numerous National and Local Awards consistently highlighting our excellent service, dining and rooms. Including AA Pub Of The Year – England, GHG Cesar Award and Cumbria Life Dining Pub.

Find out more about the great team we have here at the Black Swan. 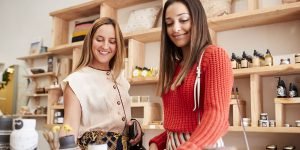 The Black Swan is perfectly situated for exploring the North of England & South Scotland. There are some amazing locations within day trip distance. So, if you’ve seen the Lake District, plodded the Yorkshire Dales and STILL looking for things 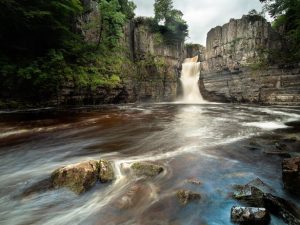 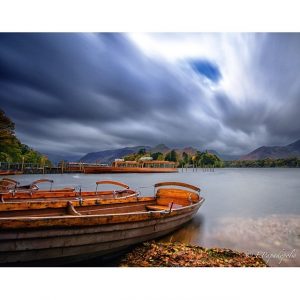 Our second road trip is possibly one of the best drives in Cumbria. Taking in the beautiful sites of both the South and Northern Lake District, starting in Stavely and finishing in the picturesque village of Keswick on the shores 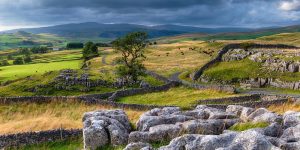 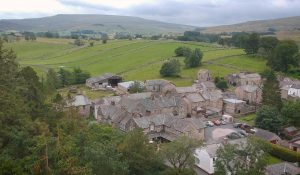 Within 10 Minutes of Black Swan Hotel

Our closest town is Kirkby Stephen, 5 miles East. Kirkby Stephen is a small town but has a variety of shops for gifts, clothes, walking gear, and antiques. It’s a lovely little place for a stroll and a coffee. You

Get the latest offers
Sign up for our newsletter 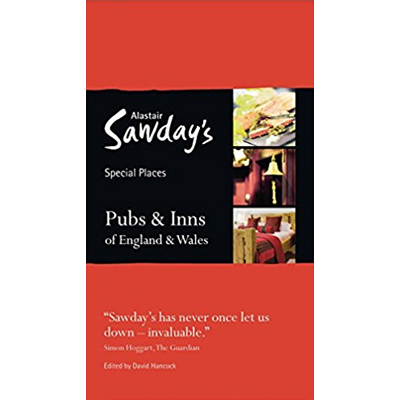 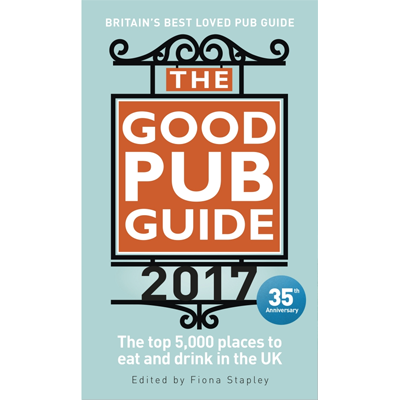 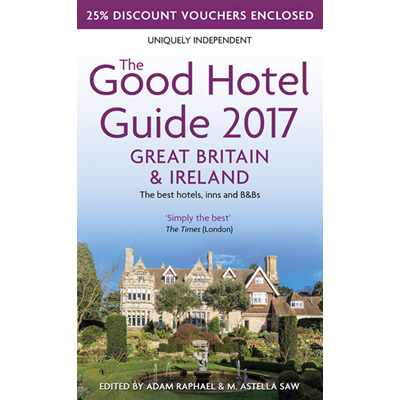 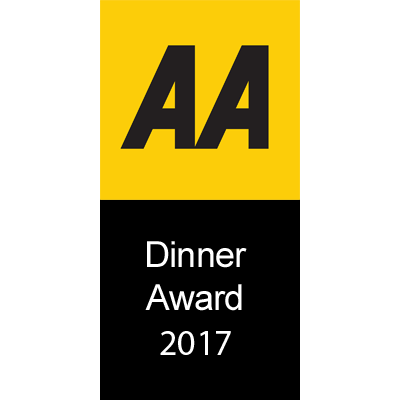 This website uses cookies to improve your experience while you navigate through the website. Out of these, the cookies that are categorized as necessary are stored on your browser as they are essential for the working of basic functionalities of the website. We also use third-party cookies that help us analyze and understand how you use this website. These cookies will be stored in your browser only with your consent. You also have the option to opt-out of these cookies. But opting out of some of these cookies may affect your browsing experience.
Necessary Always Enabled

Performance cookies are used to understand and analyze the key performance indexes of the website which helps in delivering a better user experience for the visitors.

Analytical cookies are used to understand how visitors interact with the website. These cookies help provide information on metrics the number of visitors, bounce rate, traffic source, etc.

Advertisement cookies are used to provide visitors with relevant ads and marketing campaigns. These cookies track visitors across websites and collect information to provide customized ads.

Other uncategorized cookies are those that are being analyzed and have not been classified into a category as yet.

My name is Louise Dinnes. I have been the owner here at The Black Swan since 2006 when I quit my job in European sales and marketing and moved with my late husband Alan and our daughter Eleanor to the village. A few years later my parents joined us in the village. If they’re not currently sat at the bar, you will probably see them during your stay watering the plants.

It’s been a wonderful 14 years at The Black Swan and I and very proud of my team and what we have achieved together over the years. I always wanted for the hotel to be a home from home and I hope that translates to you when you visit us. Our staff really are like one large, if not slightly odd, family.
​
Outside of the hotel, I love travelling, sewing and cooking. I also have pet runner ducks (which you can see in the river over the stone bridge).
​
If you’re currently in the hotel, you’ve probably already seen me around. If not, come find me and say hi!

Eleanor is part of the Dinnes family and works for the hotel part time in a back room capacity aiding Louise when necessary with paperwork and media. Although she doesn’t work at the hotel full time, she has grown on site and is very passionate about the family business.

​She can often be found propping up a chair in the back bar with her husband (chief chicken wrangler of The Black Swan). They were married at the hotel in 2019. Eleanor aims to be more and more involved in the running of the hotel as the years tick by.

Scott, aged 30, is our Head chef and looks after day to day running of the kitchen.

Moving to the Black Swan in October 2016, Scott and his team quickly achieved 2 AA rosettes for culinary excellence, although his main goals remain the same as they always have been; to cook and serve consistent, attractive pub food with a creative slant, that is full of flavour and shows off his individual personality. With a wealth of experience, his most noticeable achievements to date include previously being named ‘UK pub chef’ finalist in 2014 and 2015 & also a semi-finalist in the 2019 ‘National chef of the year’.
​
Away from the heat of the kitchen, Scott’s main hobby is socialising with friends and family, and he enjoys visiting his favourite foodie hotspots across the UK. Being an avid Liverpool FC fan means both playing and watching football also helps to fill his busy schedule, alongside table tennis, pool and cycling. Scott also has a beloved cat, Snickers, who you may see strolling around outside the hotel.

Hi, I’m Dan, the manager at The Black Swan. I’m originally from Middlesbrough but have been at The Black Swan for nearly 10 years. I started as a waiter straight from school and have worked my way up over the years. I really enjoy working with the team and have seen the hotel grow and change so much during my time here. Its so nice to work with so many friends – we actually all live together around the corner. There are so many things I enjoy on a day to day basis about being here and although it can be stressful in our high season its always different and interesting.

In my free time, I love going to festivals, trying new restaurants, playing in the local darts league and sleeping… any chance I can get when I’m not at The Black Swan as it can be long days. Everyone at The Black Swan seems to have pets, I have a cat called Elvis who may try and sneak in the bar door if its left open.

Mai has become part of the furniture here at the Black Swan, joining us in 2011 when he was just 14 and still at school. His love for the kitchen environment soon became apparent and he has worked tirelessly over the years to improve his skills, cooking alongside many different chefs and going on to complete an NVQ level 2 at Kendal college, as well as being runner up in the ‘North West young chef of the year 2018’.

​Hard work & a fantastic attitude has seen Mai become instrumental in the progression of the pub food offering and in 2017 he was deservedly promoted to Sous Chef. He thrives on the pressure of running the kitchen and sees the team as one big family. On the rare occasion that Mai takes a breather from cooking, he likes to follow horse racing, plays table tennis, mountain biking and takes a nap at any given opportunity!

Albert joined our Black Swan kitchen team fresh out of Kendal college in April 2018, after completing his NVQ level 3 in professional cookery. He excelled in his course, playing a major part in the college culinary team and collected a host of achievements along the way including;  UK Young seafood chef of the year winner 2019, UK Young Restaurant Team of the year runner up 2018 and was a semi Finalist in the Nestle toque d’or Competition 2018.

Albert was promoted to Junior Sous chef after his first year and now plays a major part in our menu development and quality control, posing a great eye for detail. He enjoys working as part of a small, close knit team who work hard for each other and have loads of fun!

When he’s allowed a day off, Albert stays active with hobbies that include fishing, tennis, shooting, eating, drinking and helping out on the family farm we’re not sure how he manages to squeeze it all in!

I am from Thailand and have been living in the UK for 13 years, working at The Black Swan for 10 years.

I like working at The Black Swan because it is friendly and comfortable with a good team and it is not far from my home. Over the years Louise has been a friend as well as a boss.

Doing housekeeping is hard work but rewarding when guests have a lovely stay in our beautiful and super clean hotel.

My name is Ryan. I’ve worked at The Black Swan for 6 years now and I really enjoy it. It’s lovely to work in such a beautiful building and area and the other staff are like family to me. I enjoy working with people and having a good chat with the regulars; I’m good at remembering faces but better with dogs.

Outside of work, I enjoy playing and teaching myself the piano. If you catch me on a Saturday night after shift I may be sat on the back bar piano. I also love hanging out with my best pal, Keira (the beautiful rotty in the picture).

My name is Shona.

I’ve been working at The Black Swan for 5 years. I started out doing part-time hours alongside school and progressed through college to becoming full time.

The Black Swan is a lovely place to work and everyone is so friendly.